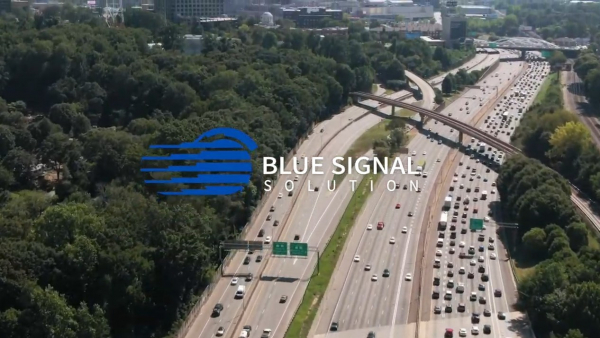 BlueSignal, a member company of the Born2Global Centre and Sejong Technopark, uses an AI-based traffic prediction engine to develop diverse platform services that offer various traffic information, tailored to the needs of the transportation industry and related industries.

The company develops innovative service models for the auto, distribution, traffic signal, and insurance industries. These service models can be changed by manipulating the predictive data, providing each industry with the information that best suits its needs.

Ability to predict traffic conditions, anywhere from three seconds to six hours in the future

The service models can be used to predict traffic conditions anywhere from two minutes to six hours in the future. The services provided by BlueSignal have an accuracy level of 94.28 percent—the highest in the world.

Jason (Seng Tae) Baik, CEO at BlueSignal said, "A tragedy caused by a relatively small traffic problem eventually led to the creation of a startup. I wanted to solve problems that no one had attempted to solve. My sense of mission is actually growing the more we find answers to the traffic problem, which is definitely a social issue."

The Signal Optimizer is a solution that optimizes all of a city's signal cycles in each direction to predict future traffic volume and uses this data as the basis for controlling traffic signals. This solution can be used with existing infrastructure.

This solution forms the foundation of real-time signal cycle control, which is an integral part of any smart city's future traffic prediction system. It has the special advantage of being able to provide benefit without changing the transportation infrastructure. Not only overseas, but also Korean local governments (Daegu, Busan, Sejong) are discussing plans to apply this solution to their system. In particular, in the case of Daegu, this solution will be introduced starting from 2021 and apply it through technology to all of its cities.

Safe Driving Advisor solution consists of hardware, which is an edge-based camera sensor that can analyze image images, and situation analysis processing software. This solution analyzes and warns the user of an unexpected situation of a pedestrian or vehicle might face which the sensor from Radar, Lidar (Light Detection and Ranging), and vehicle sensor may not recognize. By warning of unauthorized crossings, blind spots, traffic violations, and lane violations in advance, both pedestrians and vehicles can cope with unexpected situations. This is expected to be a key technology that enables autonomous vehicles to travel safe in urban areas or intersections. This technology will be applied to the entire Sejong City area after it is tested in Sejong City in 2021. With high interest, China and the Middle East are under discussion with BlueSignal to possibly adopt this system in their country. For the Risk/Congestion Prediction, an AI algorithm uses information—such as real-time road conditions (including driver tendencies), past data on the desired route, real-time vehicle status (such as acceleration, deceleration, and distance between vehicles), etc.—to ascertain different degrees of risk. Based on this information, the service then gives the driver directions via a navigation system or HUD for the quickest, safest route. This solution can potentially reduce traffic congestion and/or accidents and is based on an independently-developed prediction engine technology that is already known for its world-class quality. In 2018, BlueSignal was selected as one of the world's top seven companies by Infinity Lab. The company was also the first Korean company to be recognized at the International Intelligent Vehicle Expo for its technology in Beijing. BlueSignal's third major solution, Congestion Prediction, is a new kind of mobility solution that accurately predicts traffic conditions and signals along the road to the driver's destination and proposes the quickest, most risk-free route.

Based on its technical prowess, BlueSignal has also advised the SK Telecom Research Center on future prediction algorithms. Foreign companies and government institutions were among the first to acknowledge the company's innovative solutions. In addition, BlueSignal is also discussing cooperation with various German transportation-related companies. Its excellent technology is increasingly in the spotlight.

BlueSignal's main clients are B2Bs and B2Gs, most of which are foreign automakers, distributors, and transportation-related state institutions.

It was these types of companies and government institutions—including major cities in the UAE and China and Brazilian public institutions/companies—that first recognized the innovativeness of BlueSignal's traffic solutions. Most of these companies/institutions come to BlueSignal with requests for an effective signal control system, based on predictive transportation data), or a transportation system that connects to an established network. BlueSignal signed an MOU with the China Hualu Group for RMB 41 million.

Preparations are also underway for a collaborative project between BlueSignal and Abu Dhabi's Department of Transport as well as a project with ADNOC related to the shipment of Middle Eastern oil. BlueSignal will also work with base industries in Dubai to supply key technologies for the transportation of the future (taxis, airports, smart messaging systems, etc.).

Independent funding without outside investment—a sign of high business potential

Until very recently, BlueSignal conducted business without the help of outside investors. The company's stance, from the very beginning, was that it wanted to work and grow with the partners of its own choosing. It is because of this sense of independence that BlueSignal's growth engine and potential are being so highly evaluated.

BlueSignal is currently receiving investment proposals from relevant companies and public institutions in the US, China, Australia, and the Middle East and is engaging in negotiations with outside investors to usher in a new phase of growth and possibilities.

Its goal at the moment is to establish a "global standard intelligent, AI-based traffic prediction service platform."